How Inflammation Changed My Life 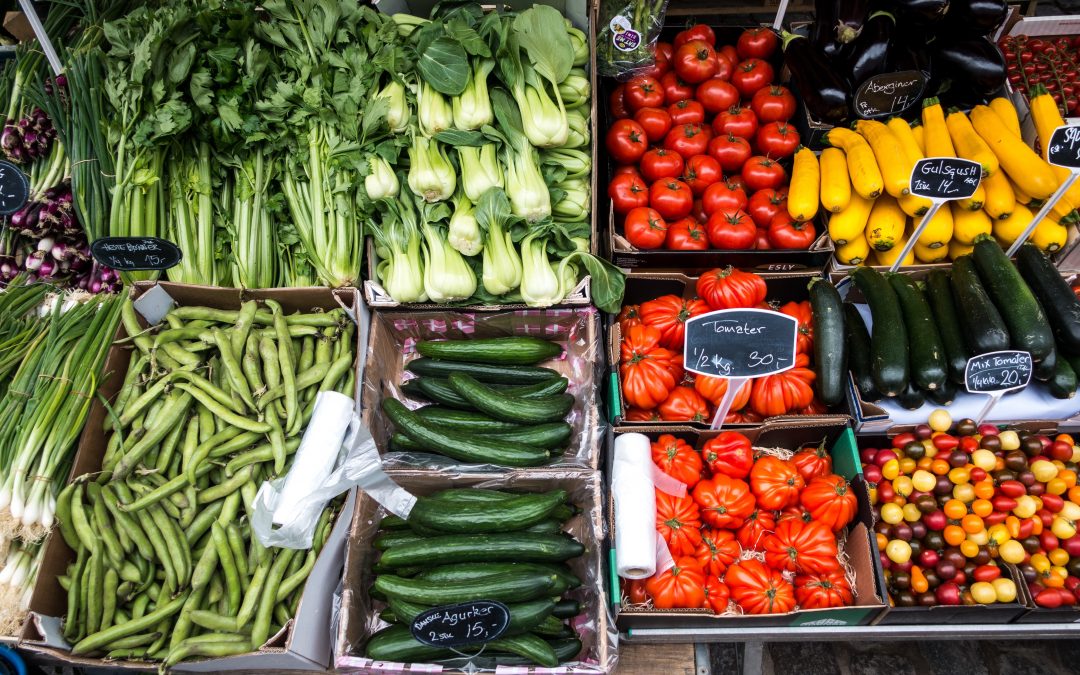 In April of 2018, I had my first experience with pericarditis. In a nutshell, this is the inflammation of the pericardium surrounding the heart. It felt like a heart attack but drawn out over a few days. I won’t go into what transpired over the next year in much detail, but I will share with you a bit about what I learned as a result of it. 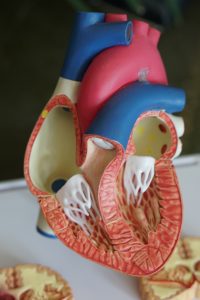 Photo by Robina Weermeijer on Unsplash

This health episode put me in the hospital for a few days as they ran just about every test they could come up with. I acquired a cardiologist at that time, whom I now see once or twice a year. The results of the tests were, other than the current inflammation around my heart that I was a pretty healthy person. I did have one test result that put me as pre-diabetic, but I attributed that to my poor food choices leading up to that month — that never came up again.

Here is a quick ‘about me’ to make sure you understand where I am coming from at this point in my life. During that hospital stay, I was 40-years of age, a father of two boys, reasonably in shape, and working in a job that had me stressing about finances. I was a stress eater, meaning when I was stressed or anxious, I snacked and typically made terrible food choices.

I researched pericarditis, joined a Facebook group where I met many other people with similar stories, some worse than my own, and I began to understand more and more of the possible causes of this condition.

One of the possible causes of pericarditis is an auto-immune disease. In blood tests, I didn’t show any signs of those. Another potential cause was trauma to the chest. Well, I practice Brazilian Jiu Jitsu, so I thought that possibly could be it. Yet another possibility is overstressing and anxiety.

And So The Research Began

After my 4th and 5th occurrence of a flare-up of pericarditis, I realized the medicine I prescribed to me, Colchicine, and Ibuprofen did not prevent them. They barely treated them! They tore up my stomach and liver! I started to look at other methods of avoiding inflammation. 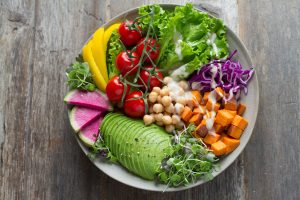 Photo by Anna Pelzer on Unsplash

As I was experimenting with things, I kept having flare-ups, but not as periodic. So that was better, but still not good enough.

Finally, my cardiologist, during my last flare-up, told me to see a rheumatologist to be sure there wasn’t something internal causing this since they couldn’t find anything specific on their end. I made my appointment and went and had nine vials of blood drawn from me that day.

A couple of months later, I went back to review the results. By this time, I had a theory on what was going on since we were not able to pinpoint anything. I knew the results of this test would either confirm my theory or show me something else. The results came back all clear! The doctor told me I was very healthy and told me I never have to go back there again.

My theory, I believe, was confirmed. My pericarditis was triggered by extensive stress and anxiety. Here is what else was going on in my life that I haven’t mentioned yet. In April of 2018, when I ended up in the hospital, finances were pretty bad, and I had just applied for a job that would fix this problem. The next several months of the interview process just dragged on and on, and I had flare-up after flare-up. 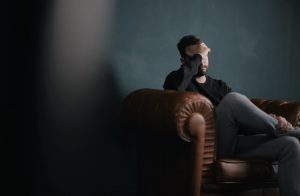 Photo by Nik Shuliahin on Unsplash

In October, I was offered the job, and September started, but then separated from my now ex-wife. The transition to a new job with lots of travel, along with dealing with a pending divorce and moving out all weighed heavily on me despite how well I hid it (at least I thought I hid it well).

But now you ask, what did I learn? Stress and anxiety management, paired with proper food and lifestyle choices and exercise you can commit to and enjoy, can make you a much healthier and happier human being.

I tried kefir (for probiotics and live cultures) for a while, to see if that was a good thing for me. The previous two weeks I had kefir, a cup a day (I might have skipped a day or two in there unintentionally). Since I have tried it on and off over the last 6-months or so I have decided that when I drink it, I gain weight and have a hard time getting it off. Not sure if I bloat necessarily, but I gain weight and have more cravings throughout the day. I still haven’t tried non-dairy versions. Maybe I go that route. I haven’t found any non-dairy kefir in the stores yet. In the meantime, I don’t use it. 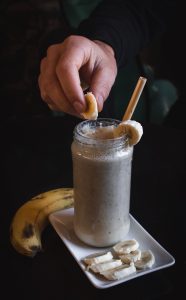 Photo by Louis Hansel on Unsplash

Also, I practice time-based eating schedules or intermittent fasting, a thing I truly believe in and follow as well as I can. I am not perfect about it. For example, I typically do not have my first “meal” or any food until between 12–2 pm and try to finish eating by 9 pm. Sometimes, I have popcorn after that and must consider that. Also, there are some days where my late mornings consist of a Starbucks where I get almond milk in it, which breaks the fast. There are also some mornings where I had a hard training day and need some recovery foods, so I will eat a banana, a plant protein shake with aminos, and add some fiber for good measure.

The typical practice is 16/8, or 16-hours of not eating, and an 8-hour window of eating, which would be a window of 12–8 pm to eat. The next morning only water and black coffee. By allowing my body ample time to process the food I ate the day before it also helps with a daily detox, enables natural bacteria to regenerate, helps reduce or eliminate fat stores, helps reduce inflammation, and increases overall alertness. It also helps make my workouts in the morning more effective as far as calorie burning, and it also prepares my body better after a workout to absorb nutrients, amino acids, and proteins.

Intermittent fasting is just an overall life benefit! When I realized that most of the American breakfast diet was processed grains, sugars, and meats, I knew I could do without it. I still have scrambled eggs, but that would be my lunch along with corn tortillas with almond or peanut butter on them, and maybe a banana. So, tons of protein, potassium, proper amounts of fat, and sugars from the banana. Then the corn tortillas are just corn, so no wheat or gluten. A dinner I might be beans and legumes, broccoli, peas, or a large salad, to eat tons of plant protein, green carbs, naturally occurring sugars, tons of other vitamins, etc.

I believe that anti-inflammatory diets don’t get in the way of the body healing itself when it needs to. What I mean is, when you injure yourself, even just a little, your body uses inflammation to protect that area and start the healing process. An anti-inflammatory diet doesn’t affect this. Focusing on healthy anti-inflammatory foods can help you control many ailments, and in some cases, can cure them. It is essential, of course, to do your research based on your situation and talk to a specialist if needed.

I rarely eat meat. I am not afraid of it, but will not choose it due to not typically being of higher quality. It doesn’t give me anything I am not already getting, so no added benefit. I eat tuna sometimes as a lunch or part of the abovementioned lunch instead of peanut butter. 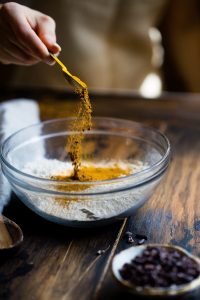 Photo by Taylor Kiser on Unsplash

All of that, and I take vitamin supplements, especially the turmeric with ginger and pepper. The turmeric has become my wonder drug. I haven’t been sick in over a year, which is unusual for me, even allergies. All the benefits it has at the higher consumption (above just sprinkling it on a meal), I believe help, including joint health! Not only is it helping with any inflammation but also helping with allowing the body to repair itself faster. I feel like I recover from soreness much better and faster than before. I can proudly say turmeric has allowed me to stop taking ibuprofen and colchicine as a preventative to my pericarditis.

Considering my diet and exercise, I am still 10–15 lbs over my desired weight, and I am working on finding out what those fat store triggers are in my body. I know processed sugar is my weakness still and overeating sometimes. Those are usually related. Sugar increases the brain’s desire to eat more, like a drug. So, it’s important to have a well-balanced meal, so even if a food naturally contains sugar, it’s doesn’t trigger those desires as much as processed sugars.

My other issue is boredom. I eat when I get bored sometimes. So, knowing this, I am finding better things to snack on like raw nuts, baby carrots, etc. and drinking (actually gulping down) a glass of water helps a lot too. Did you know when you sip water, you do not relieve thirst? It’s the gulping or drinking larger amounts of water per swallow that communicates to the brain you are consuming liquids and relieves the thirst trigger.

Everybody is different. My awareness was triggered by being in the hospital and dealing with pericarditis. You may be triggered by the desire to lose weight, or by another health-related thing. Whatever it is, it’s important to do your research, which may include trying something that may or may not work for you. I have spent almost 2-years experimenting and fine-tuning where I am now, and I feel I still have more to learn. 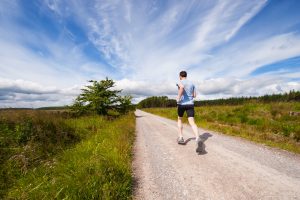 Photo by Jenny Hill on Unsplash

The key to all of this is inflammation is caused a lot by the foods we consume. Inflammation can then cause other illnesses and health problems, some of which can become very serious or even fatal, such as auto-immune diseases, and cancer, in the worst-case scenarios.

Do your homework, and when you go out to eat or buy groceries, you can smartly ask yourself, will this cause unwanted inflammation? If so, maybe it’s time to start avoiding it.